Hello again! Today I would like to tell you about the International Casino Exhibition, one of the most important events of the casino industry worldwide.

ICE 2018 was organized as usually at Excel London and gathered 594 exhibitors from 61 countries; their products and services were grouped on 10 categories, according to their filed of activity.

The most popular categories were Casino with 366 exhibitors, Online with 343, Mobile with 266 companies and Betting, with 257 companies.

Among the numerous attractions of the exhibition I would like to mention the new games developed for slot machines, especially those with themes based on brands with high level of awareness. In order to take advantage of the popularity of the brands and characters the manufacturers of these new games took into considerations all details that could contribute to express the spirit of the brand in the best possible way.

In this respect, Novomatic presented their new game “From Dusk Till Dawn”, featuring the characters of George Clooney and Quentin Tarantino. Even more, one of the game’s special bonuses includes an animation of the famous dance with the snake performed by Salma Hayek.

Also the Australian company Aristocrat continued to develop new games based on famous brands; this year among their new games I discovered TED, X Files, Zorro, My Cousin Vinny and Sharknado.

But Aristocrat didn’t use only great movies but also famous stars from the music industry so some of their new games were “Britney Spears” and “Mariah Carey”.

Regarding Aristocrat games I liked very much one of their bonus features, Mighty Cash, attractive for its interesting architecture and animation as for the good chances to get important payouts.

On the other hand, Scientific Games exhibited also a new version of the classic game “Monopoly” and they decided to use the new technologies and extra-large touch screens in order to provide an extraordinary gaming experience, as close as possible to the original board-game experience.

An example of their great care for all details is the special feature when the player must throw the dice in order to win. It’s the player’s choice to use the buttons of to throw the dice from the touch screen and regardless the choice, the feeling is very real. Even more, if one’s throws a double he is entitled to throw again, following the exact rules from the original Monopoly game.

The 3 days of the exhibition were not enough to see all the attractions of such a great event, to discover all the innovations and to learn about the most interesting products and services.

I’m looking forward to participating again next year, I’m confident that ICE 2019 will break all the records. 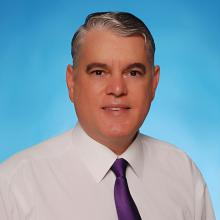 It may be only a coincidence that 3 of my favourite words begin with the same letter as my first name but I really believe that action is the first condition for being successful. In the same time getting attention and amazing people are two more keys for doing good marketing. In my case, casino marketing.
After over 20 years of activity I may say that I’m an expert in generating growth for casinos.more About me